On Sunday the 14th of May CSBC celebrated its 20th anniversary at Evensong in St. Peter’s Cathedral in Adelaide. Seven of our ten members were present, including the Rev’d. Br. John Edwards (aged 87). The service was wonderful, with some of Sr. Sandra’s hymns included. The choir sang magnificently, and Bp. David McCall preached a wonderful sermon. Br. Martyn Robinson and Sr. Sue Nirta read the lessons.

Lots of friends and companions we had collected along the way joined us, and it was fun catching up with about fifty of them at supper in the Cynthia Poulton Hall after the service. There was a display of old photos to peruse, including a photo album to browse through. There were comments such as “Oh look! That’s me!” and “I remember when that was taken!”
It was a joy to have Br. John Edwards with us from Maitland. Many thanks to his family for making this possible. It made his, and our, day.

Our only sadness was that Sr. Jeanne Frost was not with us, having died only a couple of weeks before. She would have had a wonderful time talking to all her old friends, and we missed her terribly. We also remembered with affection Sr. Jean Johnson, without whose vision the Community would not have been formed.

It seems that our 20 years has been spent in feeling our way along the path without really knowing what the outcome would be. Celebrations such as this help to wake us up to the fact that really, we haven’t done such a bad job after all.

Our thanks to our Chaplain, Fr. Simon Bailey, who organised the service; to staff and choir of the cathedral who so generously gave over their Evensong to help us celebrate; to all who joined us, especially those from Willochra; and for all who helped with the practical management of the occasion. And, of course, those who have journeyed with us over the past 20 years. 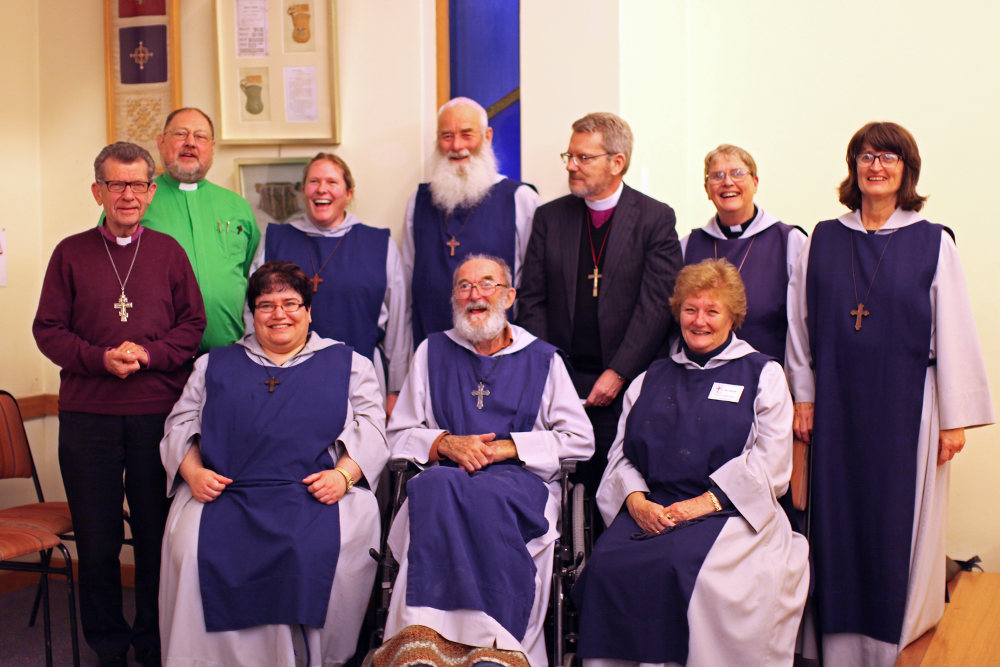 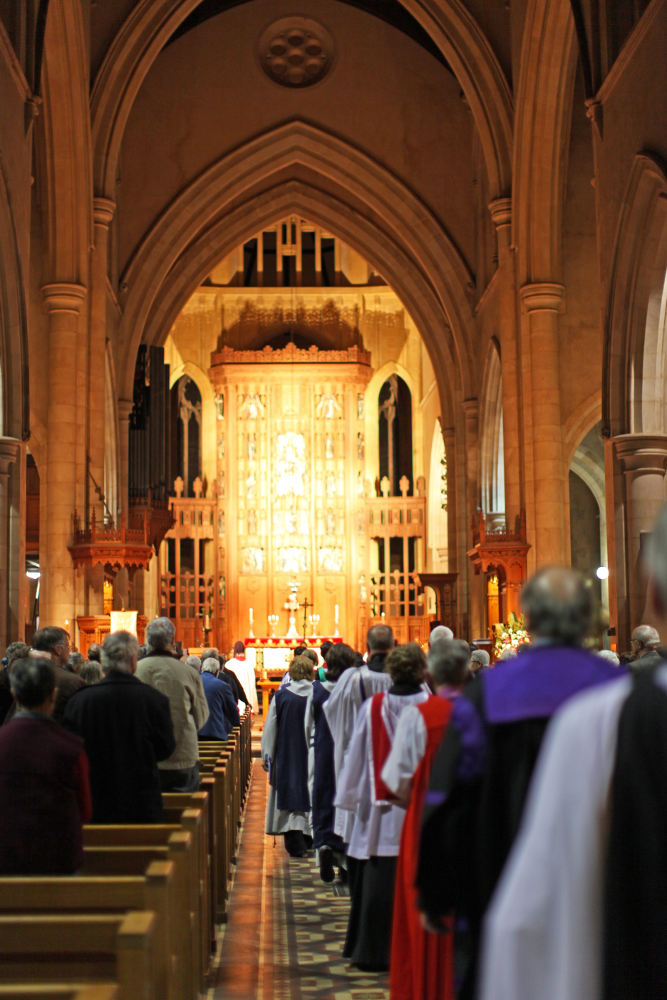 Members processing in with the choir & clergy