Oratory of the Good Shepherd (OGS) 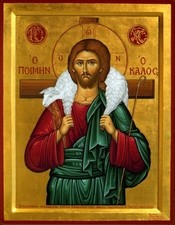 The Oratory of the Good Shepherd (OGS) is an international community of Anglicans, ordained and lay, who share a common Rule of Life. The OGS Rule calls members of the Oratory to daily Communion, Private Prayer, and the Office. It encourages the labour of the mind, fellowship, and the faithful stewardship of talents and resources.

The Oratory began in 1913 as a group of Cambridge (England) College chaplains, who were looking for some form of disciplined life in the comfortable circumstances of the University of those days. The first World War interrupted things, but afterwards they came together again, meeting at Little Gidding, the site of Nicholas Ferrar's community in the seventeenth century. The Notes were compiled and the way of life devised. There has been hot controversy from the beginning but whether the Anglican Oratory was inspired by St Philip Neri, or the French Oratoryde Bérulle is probably of little importance since OGS is sui generis!

Until 1939, some of the brethren lived in the Oratory House in Cambridge, where they were joined by research students and others. In 1939 the Oratory House was passed on to the Franciscans, since when the Oratory has had no permanent base. On occasion two or three brethren have lived together when staffing a parish, but this has been the exception rather than the rule. It is noteworthy that the Oratory only started to grow after it left the House.

Among its members have been Fr Alec Vidler, a noted liberal scholar, and Fr Eric Mascall, a more conservative Thomist, and many have wondered how such diverse people could exist in the same order, but this has been perfectly possible, given the breadth enjoined by the Notes, and the ideal of the Love that makes for Peace. We still have academics in our number, but most of our membership is to be found in parish communities across the world while others work in military & prison chaplaincy, all finding support and discipline from the Oratory in living out their vocation.